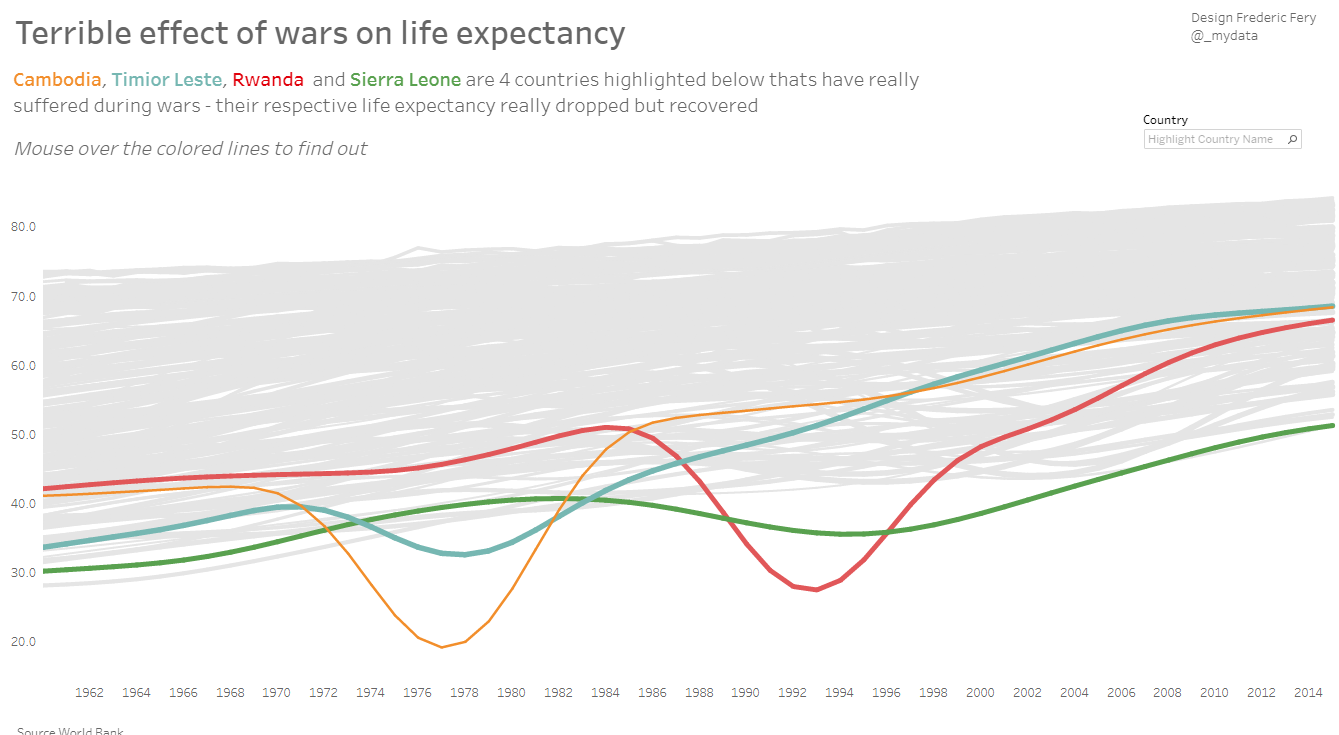 In this Makeover monday week 45, we were asked to visualise Life Expectancy at Birth by Country data from the World Bank

The result was ok but I don’t think it worked very well, I guess too many countries! 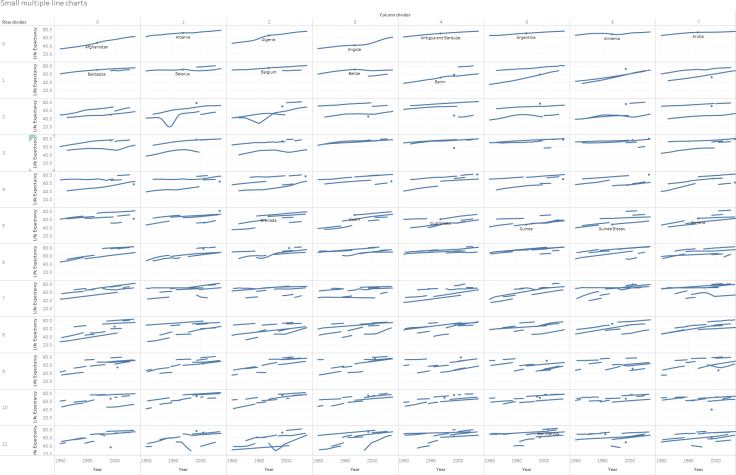 Then I tried to group by region, but still not what I wanted, in terms of story telling… 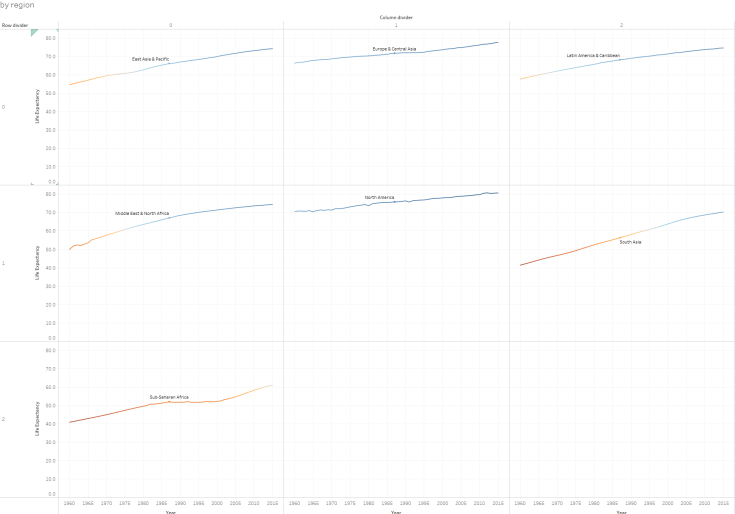 Then almost by mistake, I changed the vis to focus on the effect of wars on the life expectancy of 4 countries – for me this vis works better at story telling. 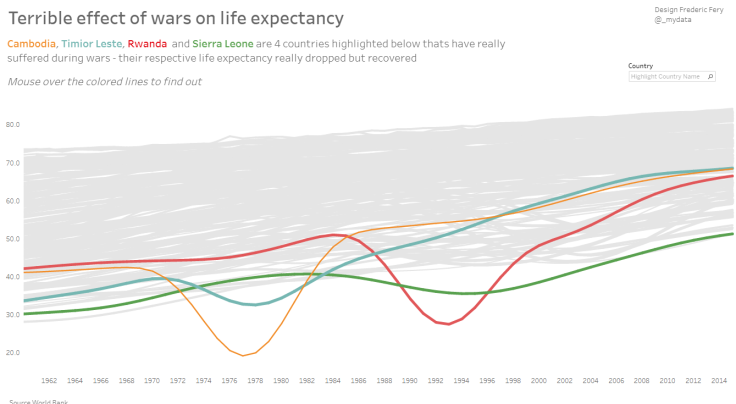 and the other issue was to bring the colored line to the front. Again thanks Andy for the pointer (I had to sort them)

I work in Digital Innovation in healthcare space and love visualising data in my spare time on topics such as sport, politics or Aussie social issues.

I love the #datafam community and doing this year 52 weeks of Makeover Monday.